Herbs and supplements for ASD

In his book 'The Brain's Way of Healing' Dr Norman Doge suggests that cellular repair is especially relevant in treating autism and learning disorders. Biomedical herbs and supplements tailored to the specific needs of your child help to correct the general cellular functions of the neurons and glia, allowing other treatments to be more successful.

While the exact causes of Autism Spectrum Disorder (ASD) are not fully understood, an emerging perspective is that it is triggered by an interaction of environmental insults (toxins, viruses and so on) in a genetically vulnerable body. So genes may increase the risk for autism, but environmental factors play a significant role.

The role of inflammation

Doige discusses the role of chronic inflammation in autism. He says, "Many autistic children have immune system abnormalities and overactive immune systems. They have high rates of gastrointestinal infections and inflammation, food sensitivities (often to grains, gluten, dairy and sugar), asthma (which involves inflammation) and inflammation of the skin." In this respect, he says, autism can be thought of not just as a brain disease, but a "whole body disease that affects the brain's health". Doige quotes a 2005 study by a team from Johns Hopkins University School of Medicine which showed that autistic brains are often inflamed, especially the cortex and the cerebellum.

Doige points out that another stressor is toxins which can also irritate the brain and cause inflammation. Philip Landrigan and colleagues have published a series of articles on the developing brain and environmental toxins. In an article published in 2002 in the journal Environmental Health Perspectives they state that more than 80,000 new synthetic chemicals have been developed over the last 50 years. Of these, nearly 18,000 chemical compounds are produced in high volumes and can be dispersed in the air, water, food and homes. Yet only 43% have been tested for potential human toxicity and even fewer (7%) for their possible effects on development.

They estimate that 5-20% of children's neurobehavioural disorders are caused by toxic exposures either directly or through interactions with genetic susceptibility. Landrigan (1998) points out that children are not little adults. Due to the immaturity of their systems they are particularly susceptible to harms where an adult may not be. He says that "Their tissues and organs are rapidly growing, developing and differentiating. At various stages these growth processes create windows of great vulnerability to environmental toxins."

The aim of support with herbs and supplements

There is an increasing research base for the use of biomedical herbs and supplements in autism and ADHD. Their use is directed to:

In addition, other problems that might be impacting on the overall health of the child can also be countered in a gentle way.

This is consistent with the overall aim to achieve the first stage of neuroplastic brain healing (restoring cellular health in the brain), as defined by Doidge. He says, "These general problems are best corrected before beginning the stages that follow for the patient to get the most benefit." Furthermore, "This general cellular repair stage is especially relevant in treating autism and learning disorders, and in lowering dementia risk, for example." When affected nerve cells in the brain are restored to cellular health, a great deal of the “noise” they emit is quietened, making the person’s nervous system less disrupted and more receptive to other treatments and to the next four stages of neuroplastic brain healing.

Specific issues with ASD identified by the scientific research that can be helped by herbs and supplements include:

Russel Blaylock, neurosurgeon and researcher, published a report in 2012 about the use of natural plant products and extracts to reduce immunoexcitotoxicity-associated neurodegeneration and promote repair within the central nervous system. He states:

Our understanding of the pathophysiological and biochemical basis of a number of neurological disorders has increased enormously over the last three decades. Parallel with this growth of knowledge has been a clearer understanding of the mechanism by which a number of naturally occurring plant extracts, as well as whole plants, can affect these mechanisms so as to offer protection against injury and promote healing of neurological tissues. Curcumin, quercetin, green tea catechins, balcalein, and luteolin have been extensively studied, and they demonstrate important effects on cell signaling that go far beyond their antioxidant effects. Of particular interest is the effect of these compounds on immunoexcitotoxicity, which, the authors suggest, is a common mechanism in a number of neurological disorders. By suppressing or affecting microglial activation states as well as the excitotoxic cascade and inflammatory mediators, these compounds dramatically affect the pathophysiology of central nervous system disorders and promote the release and generation of neurotrophic factors essential for central nervous system healing.

Another person who pioneered use of herbs and supplements for neurodevelopmental disorders is Dr. Michael R. Lyon, a practising physician and medical researcher with expertise in both conventional and natural medicine. One of the foremost authorities in the science behind complementary medicine, Dr. Lyon is the Medical and Research Director of the Canadian Centre for Functional Medicine. Dr. Lyon has conducted several clinical trials and research projects in the pursuit of better treatments for attention deficit hyperactivity disorder (ADHD).

One example of the beneficial use of supplements can be seen in recent clinical trials of broccoli sprouts in ASD. Broccoli sprouts are known to stimulate the clearance of toxins from the body, and a clinical trial conducted by doctors at the eminent Johns Hopkins University in the USA showed a substantial and significant improvement in young men with ASD.[vi] Parents made comments like:

‘‘R is now happier, has more control over his body, and overall is a positive child with a great attitude. He is more social and goes to concerts, movies, restaurants, vacations and family outings (all of which were not possible before the study).’’[vii]

Due to the wide variety of issues a child with autism or neurodevelopmental problems many have, treatment needs to be tailored to these needs rather than be a scatter-gun approach where a child may be taking medications irrelevant to the underlying problems. It is also important to use practitioner grade herbs and supplements to achieve the levels required for a therapeutic effect and to take account of any other prescribed medication the child may be taking e.g. for epilepsy. Treatment may also need to improve health or function in one area before others are tackled. Ongoing treatment is guided by the child's response and other clinical indicators.

We are able to offer online consultations if you are not in Warwick. Please phone the Centre for Healthy Living on (07) 4661 3340.

Ready to make an enquiry?

To find out more about our assessment services or enquire about a specific psychological test you seek, please call us or fill in the contact form and click Submit. We are ready to help. 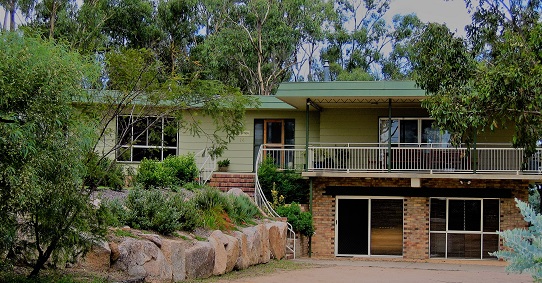 The Centre for Healthy Living is a place where allied health professionals provide help and service as independent private practitioners. The Centre does not provide emergency or acute mental health services. People in need of these services should contact their GP or the Mental Health Unit at the Warwick Base Hospital.